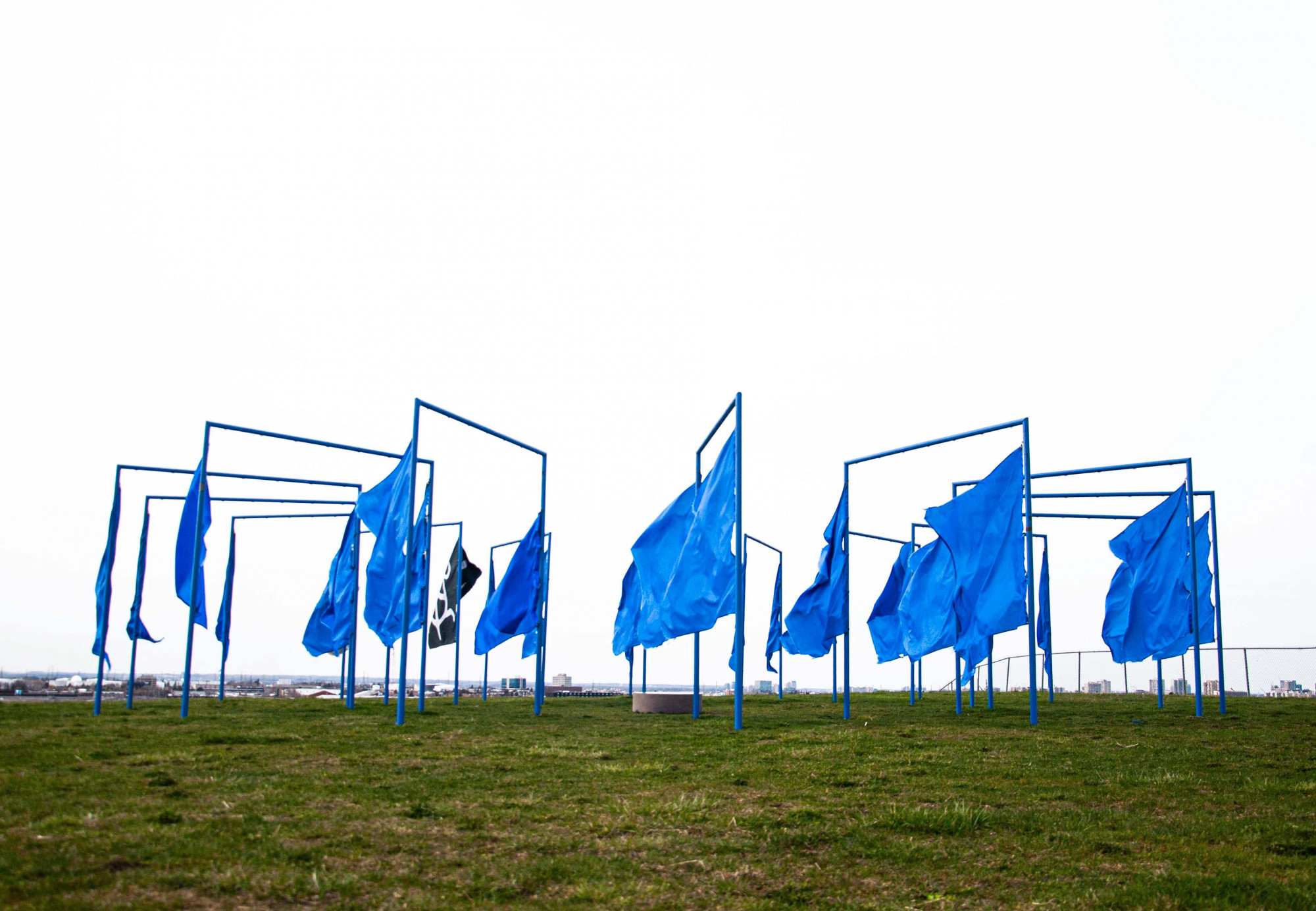 Looking down on Toronto from above, the city’s sprawling ravine system and patches of land interwoven between within the urban landscape are quite a wonder to behold. For a pilot flying above the city a century ago, the area around Downsview would have stood out among the green and brown. Though not so obvious from the ground, this flat patch of land happens to be the highest point of land between the Don and Humber Rivers — in other words, ideal conditions for takeoffs and landing.

Downsview has been the site of a number of high-profile public events and concerts over the decades, but it was only in 2012 that it officially opened as a national park, or rather “Canada’s First Urban National Park.” The development faced its share of challenges and ambivalent press over the years, but many of the growing pains for Downsview Park seem to be in the past. Now, nearly a decade after the park’s official opening, XOXO Downsview, a public art exhibition first unveiled in September 2021, seeks to activate the public space with murals and installations that celebrate the site’s history and imagine its future. 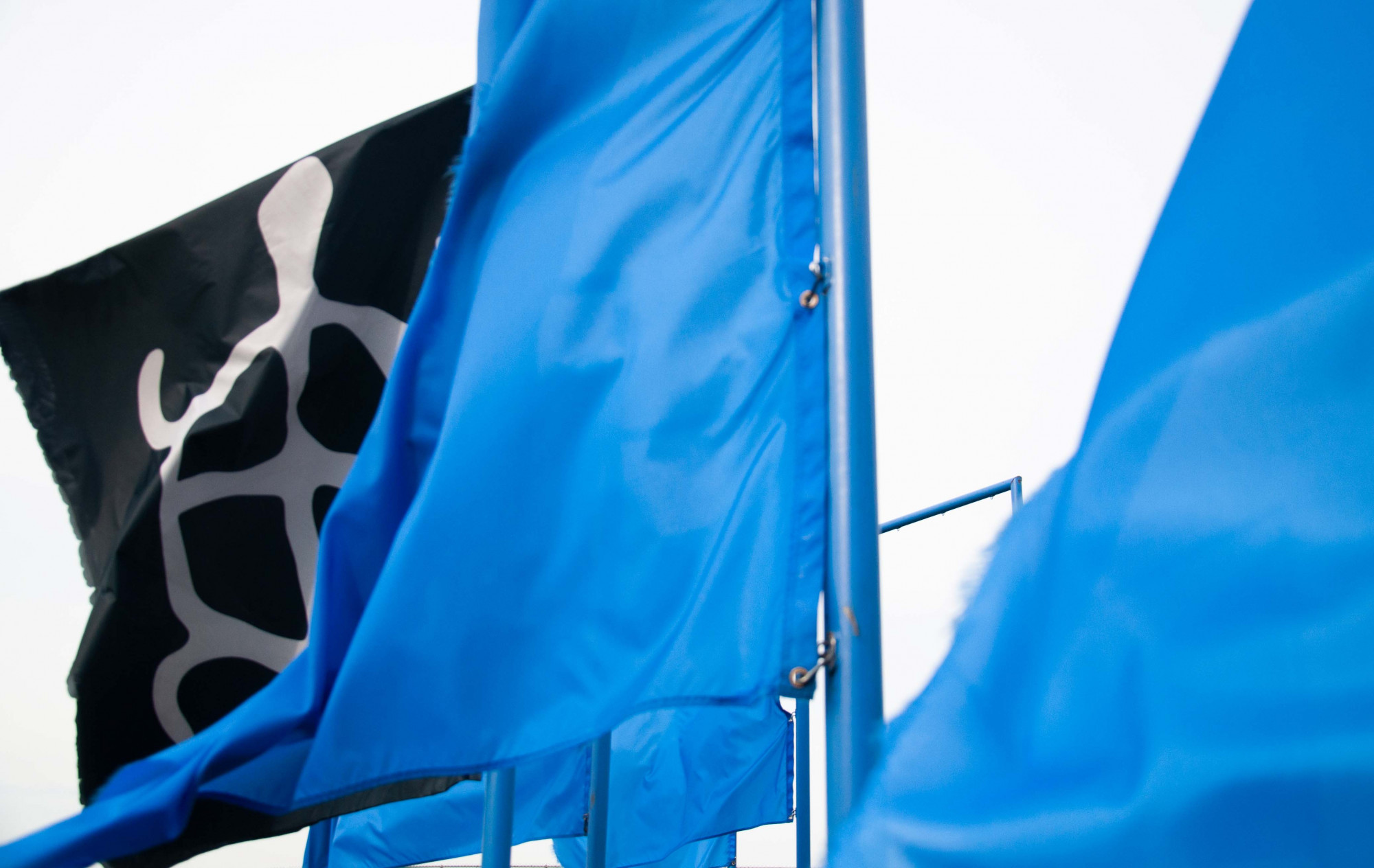 Paying homage to Downsview’s aeronautical history, alongside the area’s Indigenous heritage, is Wind Rose (43°44'37.44"N 79°28'37.66"W) by Future Simple Studio in collaboration with Born in the North and Dept of Words & Deeds. After trekking up to the highest point in the park, known as “The Mound”, (a piece of terrain built from around 1.5 million cubic metres of dirt collected while digging out the park’s artificial lake) a constellation of brilliant blue flags can be seen flying in the wind. This flag formation recalls both a compass and a traditional medicine wheel and serves as a tactile demonstration of the “wind rose”, a graphical chart used to determine wind speed and direction. The wind rose has roots as an ancient meteorological tool but is still frequently used today and continues to be essential for siting wind turbines and in the construction of airport runways.

The artwork isn’t simply a scientific demo however; besides being a mesmerizing display of cascading blues, two flags stand out in the formation, one white (representing north on the medicine wheel), and one black (representing west). This artwork-within-an-artwork, entitled The Turtle and the Traveler by Mik’Mak artists Chris and Greg Mitchell, features drawings inspired by petroglyphs of the East Woodlands People, the original inhabitants of present-day Ontario. According to the artists’ description: “the white depicts a traveller honouring Indigenous people’s historic use of this place as an important route for trade and travel. The turtle on the black flag represents the land — Turtle Island — as well as the local wildlife.”.

The history of colonization is closely linked to advancements in navigation technology. It’s the technology of weather instruments, compasses, astrolabes and so on that enabled the establishment of new trade routes and increasingly ambitious colonies outside of Europe. By positioning and re-asserting Indigenous ways of orientation, navigation, and reading within this structure, it allows non-Indigenous visitors to the installation to reflect on their role as travelers and their relationship to the land and environment. 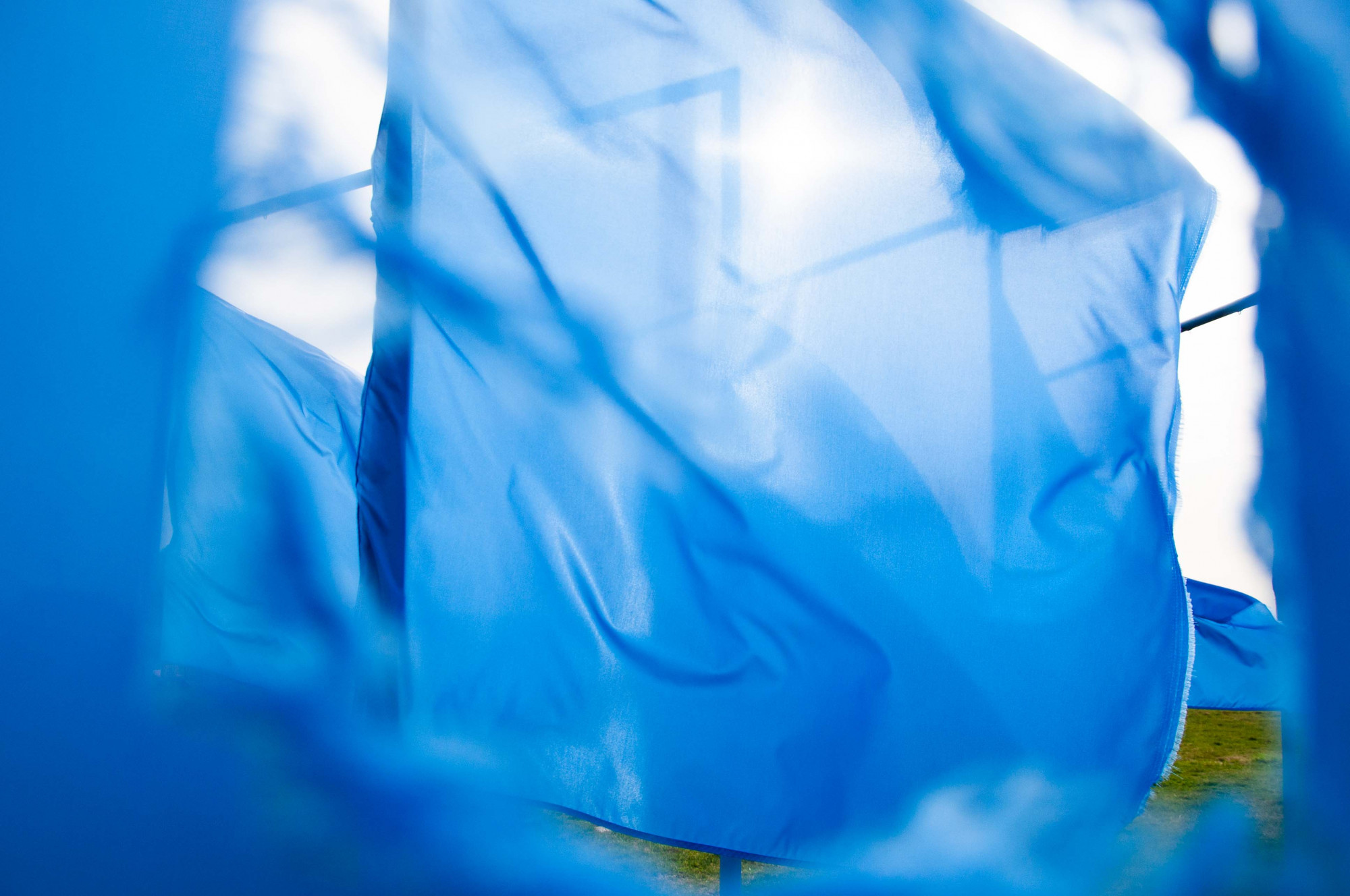 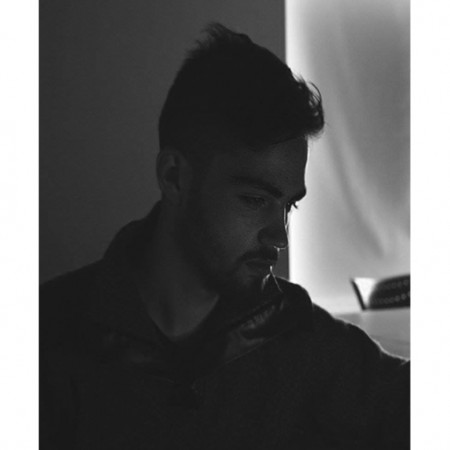 Johan Seaton is a Toronto-based musician and designer with a passion for travel on foot.

Back to ArtworxTO Blog