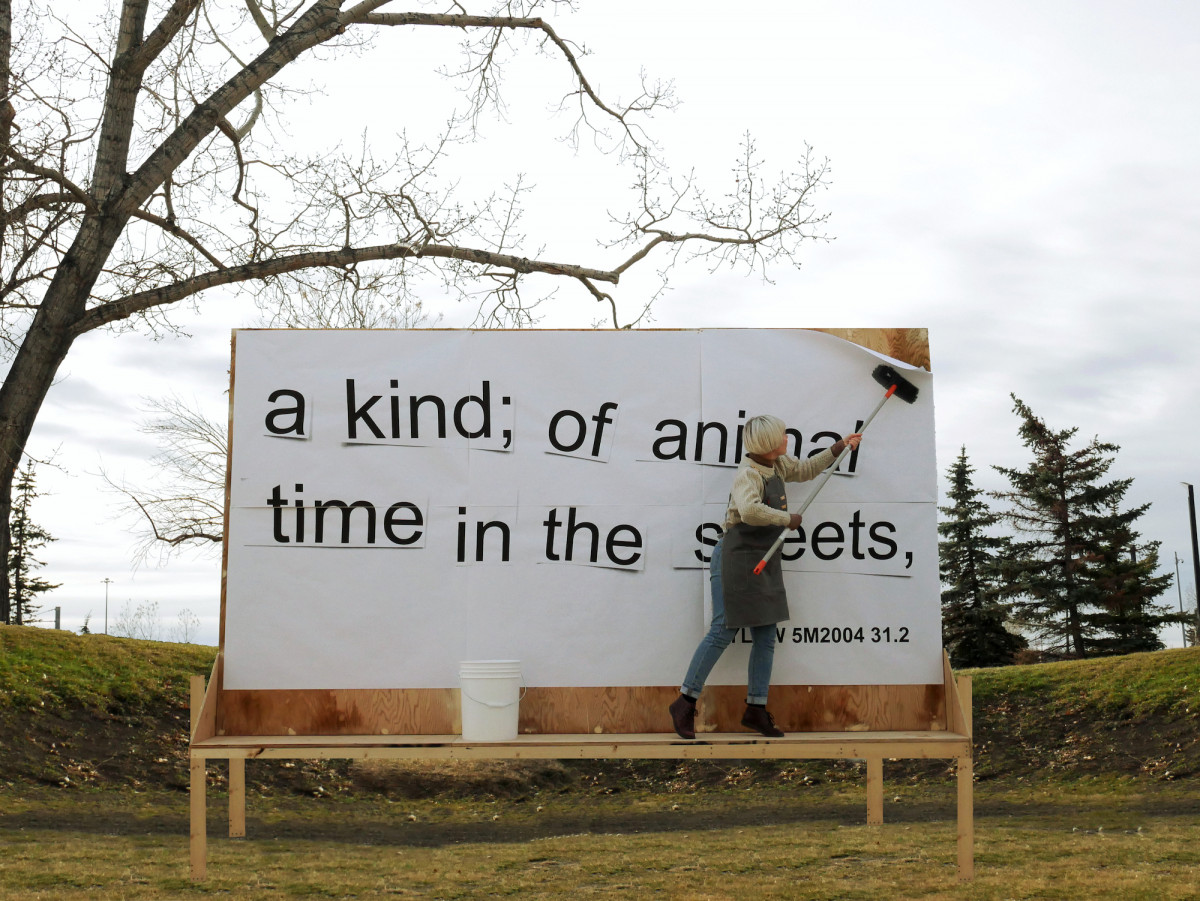 As part of SummerWorks, Mia + Eric and Action Hero’s Future Perfect: New By-laws for Civic Spaces is a hopeful, positive act of re-configuration, in which by-laws that regulate behaviours– including Toronto’s Parks and Streets Municipal Codes  – are cut up word-by-word and meticulously rearranged into a set of playful possibilities for the future of public space. These rewritten bylaws will be appearing around the city starting in late spring.

You are invited to help with re-constructing Toronto’s new Future Perfect by-laws! Visit futureperfectbylaws.com to submit your own new rule, using cut-up words from the original text.

The artists of Future Perfect will be in Toronto and holding office hours in August, at the Bentway Studio. Step into their office and observe their process of rewriting Toronto’s Future Perfect by-laws, and join in the rewriting process!

Co-presented with SummerWorks & The Bentway as part of ArtworxTO: Toronto’s Year of Public Art 2021-2022.