Live @ 5: Art and Emerging from the Pandemic 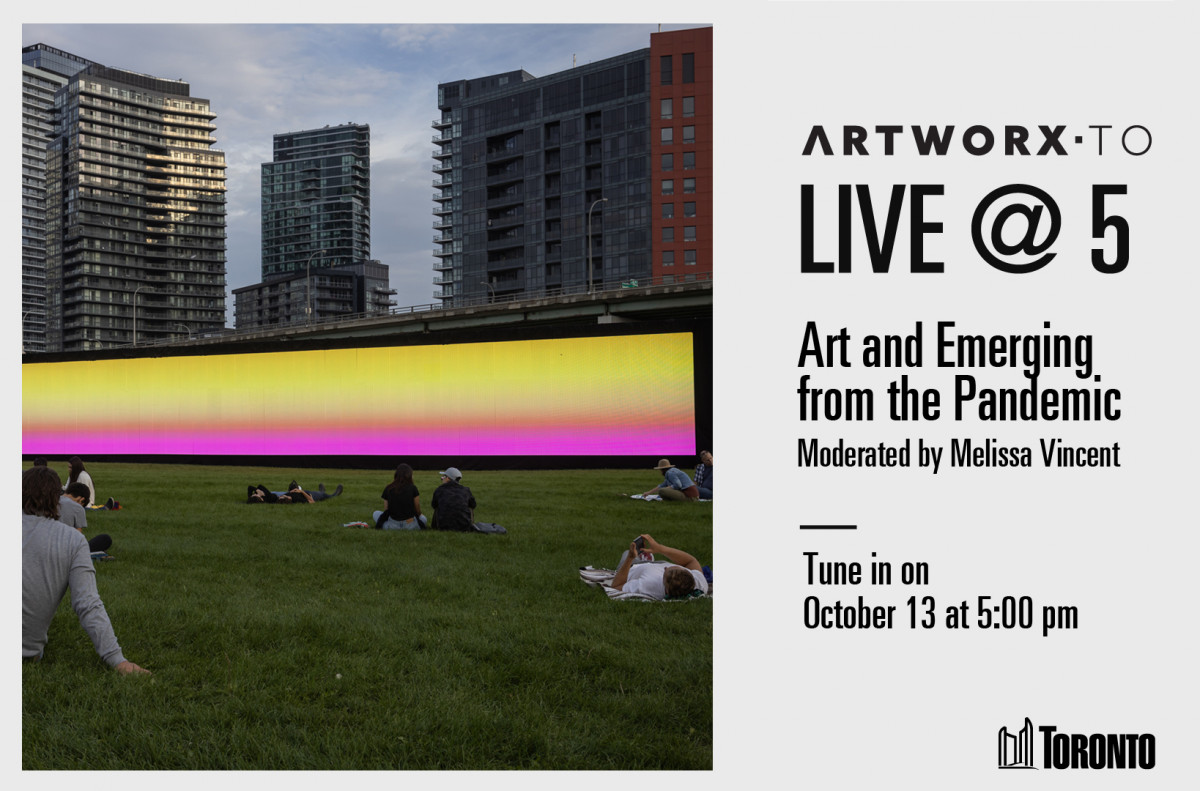 The ArtworxTO Talks program is a platform to discuss some key issues in public art today, through the lens of wellness and well-being - personal, mental, societal and community.

Our first talk is on art and emerging from the pandemic.

Melissa Vincent - Melissa Vincent is a writer, editor, producer, and content strategist based in Toronto. Her work has appeared in all of the usual suspects: Pitchfork, Billboard, The Fader, NPR Music, The Globe and Mail, CBC, Elle, Flare, Canadian Business, and Vice. In the past, she's led content platforms operated by Blue Ant Media, Universal Music Canada, and Banger Films. She is a Prism Prize juror, a SOCAN Songwriting Prize Panelist, and a member of the Mayor's ArtworxTO External Advisory Committee. In 2019 she was selected to become the Polaris Prize jury foreperson and join their board of directors.

Robert Binet - Robert Binet is the Curator and Producer, CreativAction and Special Initiatives of The National Ballet of Canada. His works include Orpheus Alive, set to an original score by Missy Mazzoli,  Self and Soul and Lake Maligne, a solo he adapted for Expansive Dances, a series of dance films created during the COVID-19 pandemic. Since 2019, Robert has supported Canadian choreographers and independent dance artists through CreativAction, a programme that shares the National Ballet’s resources with the broader dance community and develops choreographic talent.

Curtia Wright - Curtia Wright is a multi-disciplinary fine artist and mural artist based in Toronto, Ontario.  Her works delve into the spiritual and mental wellness of peoples of the African dysphoria; linking to mythology/folklore while disseminating what ‘fantasy’ means. Her work questions societies indoctrinated beliefs of what femininity and blackness are in relation to gender.