The City of Toronto administers multiple public art initiatives and collectively, these programs have had a transformative effect on Toronto's urban fabric, assembling a collection of public art that, in its scale and diversity, is of international significance. Building upon these existing programs, City of Toronto Divisions will provide further opportunities for both artists and participants throughout the City for ArtworxTO. 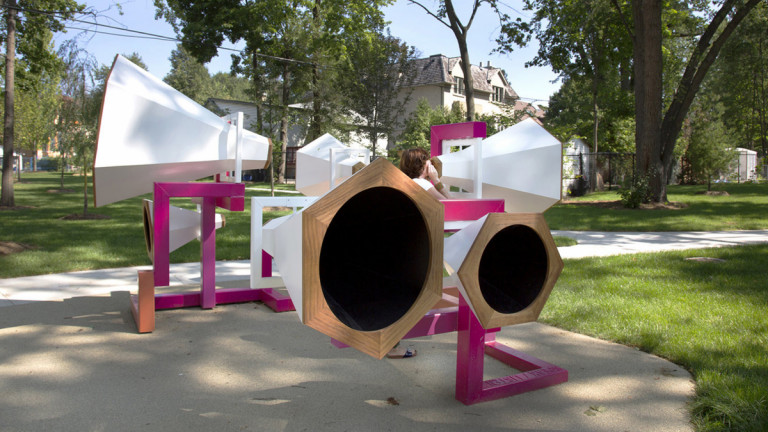 The Public Art & Monuments Collection commissions and accepts donations of high quality, innovative public art works and monuments that are relevant to their prospective community and context, and enrich the urban experience of Toronto’s residents and visitors. These City-owned works of public art and historical monuments enhance public spaces all over Toronto. 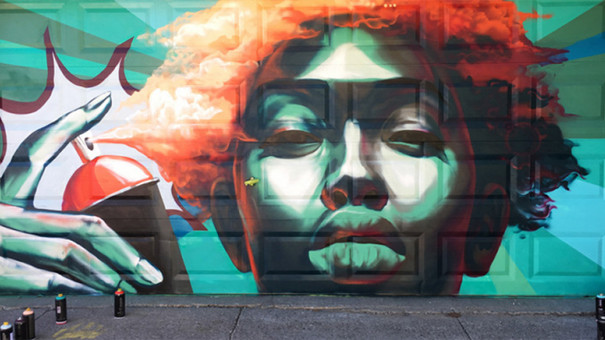 StreetARToronto (StART), is a suite of innovative programs designed specifically for streets and public spaces by the City of Toronto's Transportation Services Division. Initiated in 2012 as part of the City’s Graffiti Management Plan, StART has been successful in reducing graffiti vandalism, replacing it with vibrant, colourful, community-engaged street art. Toronto is now home to some of the best street, mural and graffiti art and artists in the world! 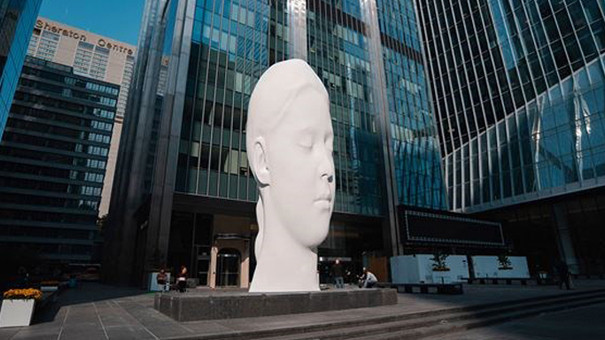 The Percent for Public Art Program is based on art being a public benefit to be enjoyed and experienced by residents and visitors throughout the city. The privately-owned art is intended to make buildings and open spaces more attractive and interesting and to improve the quality of the public realm. The Program requires that the artwork must be clearly visible at all times from publicly accessible areas. Alternatively, City Planning may seek public art contributions to be directed to City-owned public lands. 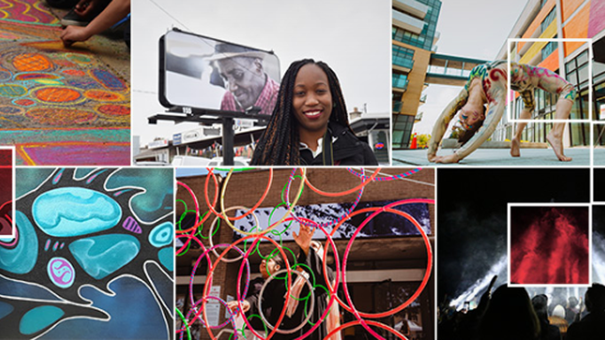 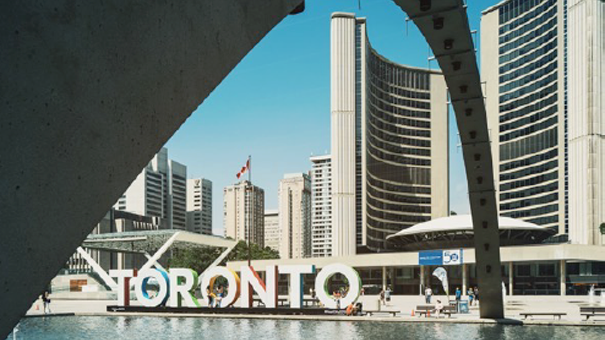 Created specifically for the Toronto Public Art Strategy, this program gets to the heart of embedding creativity as a core element in City building. Differentiated from past programs, initiated by single department, this program centralizes the effort with various City divisions participating. An inaugural Artist-in-Residence has been initiated. In this first year, AiR will see a professional contemporary artist or artist team working within a City of Toronto host department, selected through an invitational selection process that launched in July 2021. Apply by December 13, 2021. 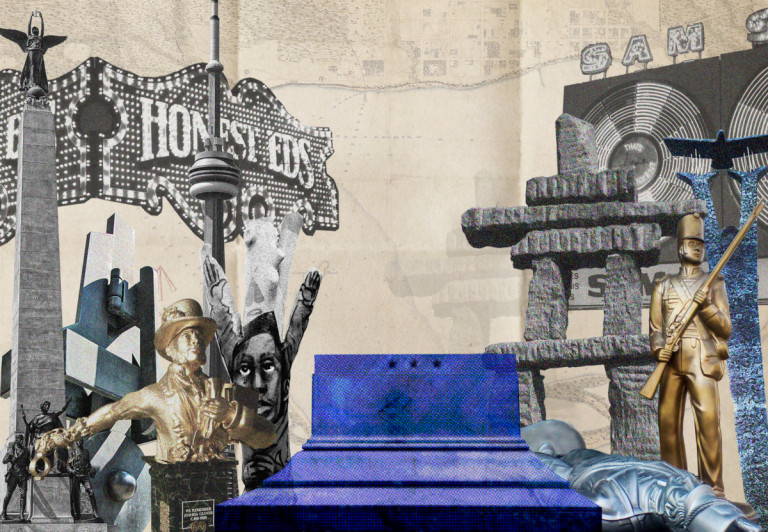 "What's Next for Toronto?" concept rendering. Image courtesy and copyright of Monument Lab.

Working with artists Ken Lum and Paul Farber of Monument Lab, and local artist collaborators to engage the public in a dynamic conversation about monuments.  Monument Lab will be setting up the bespoke MonumentMobile at different locations around Toronto over a period of six days from October 29th to November 3rd, 2021, staging activations and conducting an open research process around a guiding question: What’s Next for Toronto? The findings will inform a final report to the City’s Cultural Affairs Public Art Office with recommendations for Public Art and Monument policies on the topics of interpretation, augmentation and deaccessioning, within the context of the City’s review of commemorative policies more broadly. This project will be unique to Toronto, but will resonate globally as cities around the world grapple with the difficult questions raised around their historical monuments. View the MonumentMobile schedule. 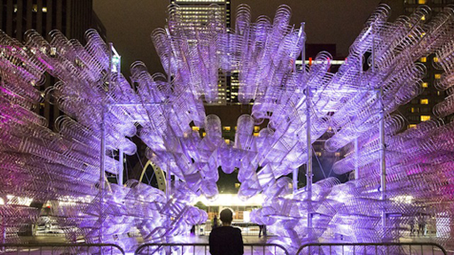 Nuit Blanche Toronto will return in 2022, led by Artistic Director Dr. Julie Nagam as a city-wide celebration to mark its 16th edition and help close out ArtworxTO: Toronto’s Year of Public Art in 2021-22. 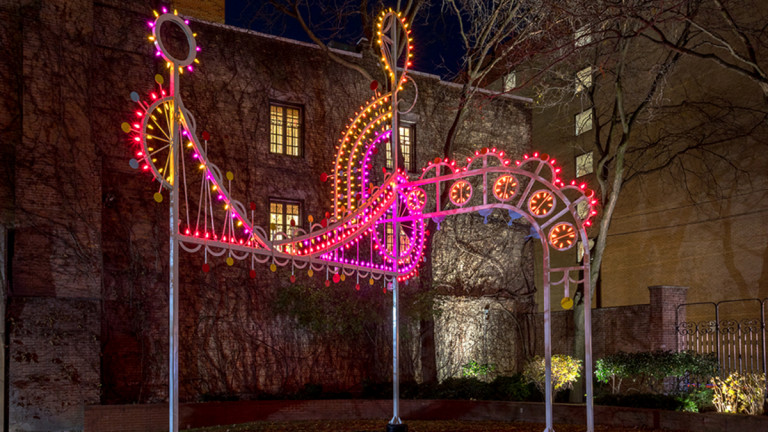 The Toronto Sculpture Garden is a small City of Toronto park at 115 King Street East, opposite St. James Cathedral. Since 1981, the TSG has commissioned temporary artworks by more than 80 artists. Until 2014, the space was operated as a partnership between the City of Toronto and the Louis L. Odette family, under the direction of Rina Greer. The TSG provides artists with the opportunity to work experimentally in public space, explore issues of scale and materials, and engage with the local community as well as visitors to the neighbourhood. Now managed by the City of Toronto, the TSG hosts two projects per year. 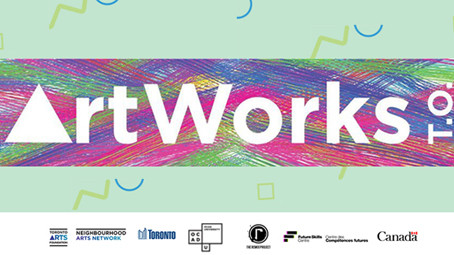 ArtworksTO provides opportunities for IBPOC and/or 2SLGBTQ+ youth to gain professional experience, skills, and networks in the media arts industry. ArtWorksTO is a partnership between Toronto Arts Foundation's Neighbourhood Arts Network (NAN), the City of Toronto, The Remix Project, and the Ontario College of Art & Design University (OCADU). Managed by the City of Toronto's Social Development, Finance & Administration division. 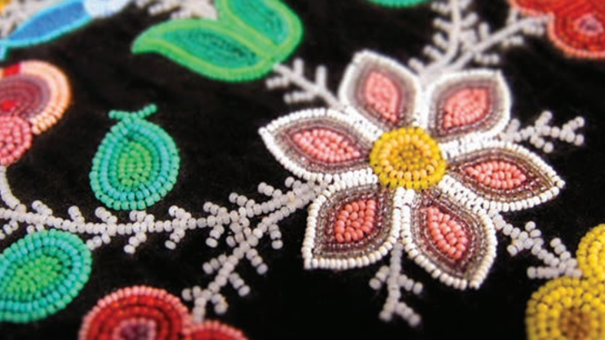 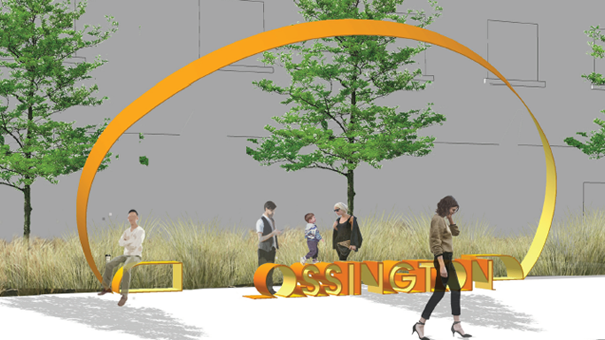 The Streetscape Improvement Program of the BIA Office implements more than 80 capital projects a year to beautify the city and create safe, attractive retail areas. The BIA Office also provides funding for the Outdoor Mural & Street Art Program that helps BIAs promote their local neighbourhood and theme. The program also helps local businesses and communities create an attractive and positive identity for their area. 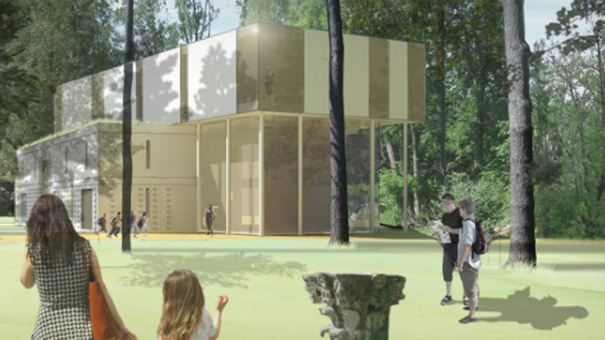 Toronto's Cultural Centres & Galleries host a variety of programming, including community art exhibitions, performances, workshops and much more. Also find out about Clark Centre for the Arts, an exciting new arts development on a sprawling 88 acre site inside Guild Park and Gardens in Scarborough. 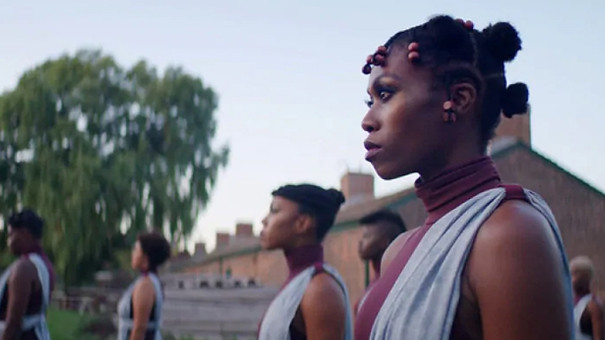 Image: Choreographer Esie Mensah and dancers from A Revolution of Love, for the Awakenings series of virtual art projects at Toronto History Museums

The City of Toronto operates ten museums across the city via Museums and Heritage Services (MHS). The new Awakenings program, a series of art projects created within Toronto History Museums by Black, Indigenous and artists of colour, has recently launched operating under the principles of anti-oppression, anti-colonialism, and anti-racism. MHS also hosts online programs including Virtual Exhibits and the City of Toronto Fine Art Collection. 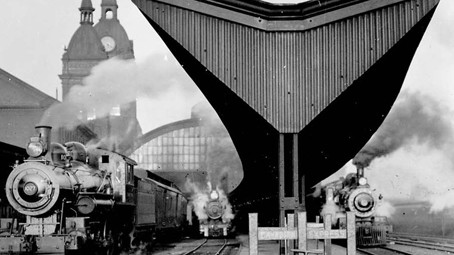 The Toronto Archives hosts web exhibits covering Toronto’s history. There is also a photography collection with over a million photographs, including the earliest known photographs of Toronto (1856); Globe and Mail photographs of important local and international events (1922-1953); and photographs that document public works projects, such as the construction of the Bloor Viaduct and the R.C. Harris Water Filtration Plant (1911-1940). 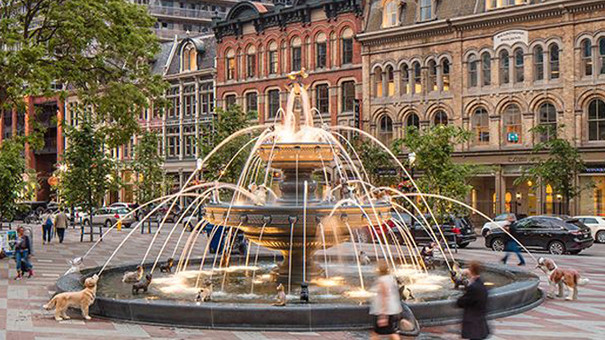 PFR is also responsible for some of the permanent art found in Toronto's many parks, including the animal sculptures in Clover Hill Park and the Berczy Park fountain. 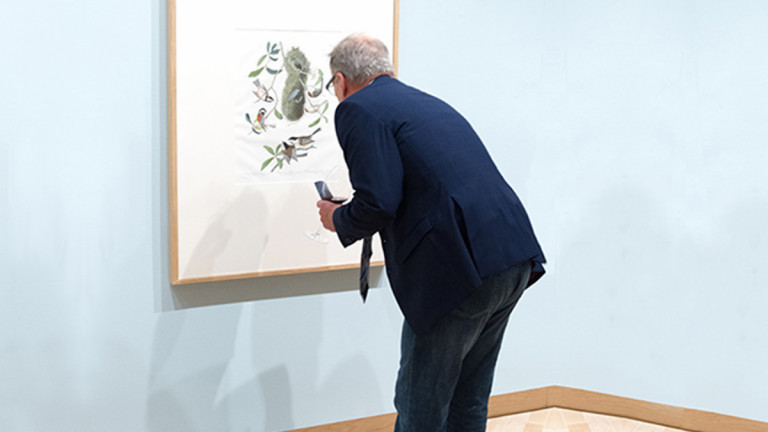 Toronto Public Library (TPL) offers a wide range of opportunities and partnerships for Torontonians to explore and connect to their creativity by contributing to and participating in artistic and cultural programs at the library. Discover ways to make meaningful community connections through art in TPL programs such as Artists in the Library, Artrepreneur in Residence, Young Voices, Live & Online virtual programs and more. 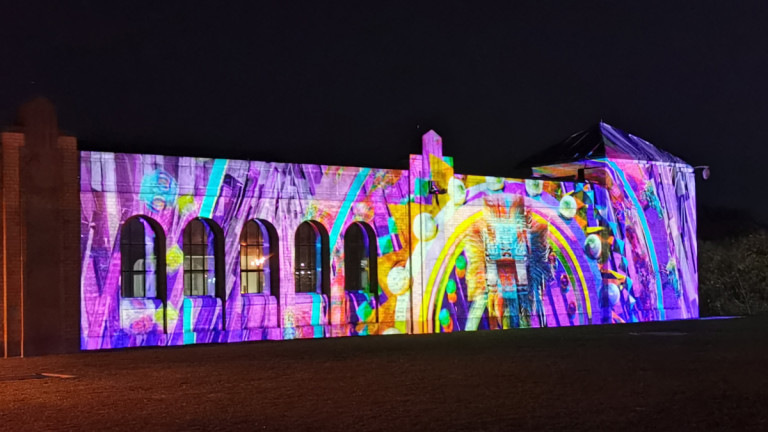